Leveling the single-story smattering of 1950s garages and factories was one option. Renovating, repurposing, and enlarging them was another. The former would provide a blank slate, the latter more of a challenge—but more character. Rapt Studio CEO and chief creative officer David Galullo, prolific designer of workplaces for such companies as Google, Twitter, and PayPal, opted to retain all but one of the six brick and concrete-block structures for the Marina Del Rey, California, campus now called MDR Truss. Today, it’s home to Zefr digital advertising, the Bouqs Co., an online farm-to-table flower delivery service, and real estate developer the Bradmore Group, the client that hired Rapt for the 130,000-square-foot project. So enamored with the result, president and CEO David Bohn decided to move the company into one of the buildings.

“David was looking to take advantage of what was here before,” begins Galullo, just off the plane from Milan, where Rapt showcased its debut Salone del Mobile installation Tell Me More. “He and his team understood that these little industrial buildings could actually add up to something pretty.” Rapt was tasked with creating the master plan for MDR Truss: Initial meetings with the client illustrated how the 3-acre site would be used, where cars could park, and how Rapt would work with the landscape architect to plant low-water and native species and create pedestrian pathways, among other essential changes. Bradmore was so impressed with the concept that the initial budget was increased. Ultimately, Rapt added a second floor to one building, de­cks to two of them, cleaned and re-painted all exterior masonry, and relocated entryways and exits and inserted roll-up glass garage doors for more light and better flow in nearly all the buildings. Additional outdoor spaces such as fire pits and a lawn for employee pets even “feel a bit resort,” Galullo notes. 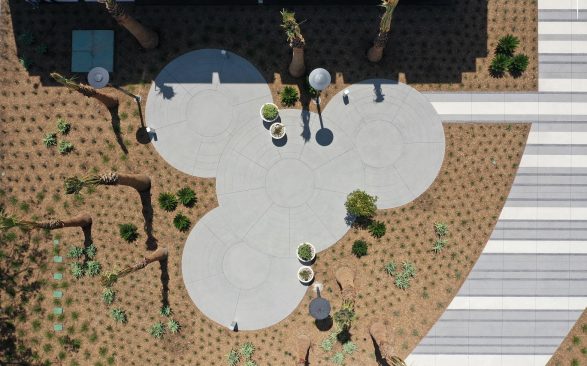 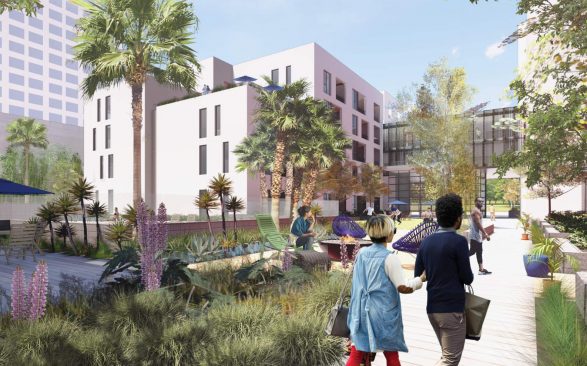 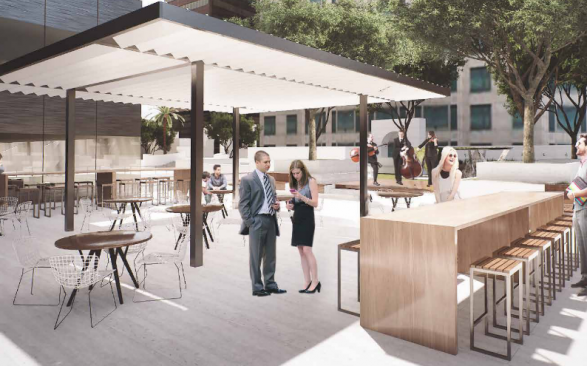